Spoiler: It was money wasted. Don’t make these mistakes.

From a young age, I have been a car guy.

Since I was a little boy, I have been able to look at any car and tell you the exact make, model, and year range of it, even at night when the only thing you can see are the headlights or tail lights. I know car features at a glance, and prior to getting into personal finance many years ago, I briefly sold used cars (54 to be exact).

As of 2015, there are 225 makes and models of cars in the United States, and I know all 225 of them. Seriously. It’s a useless trait that I take great pride in. I know cars, features, trims, styles, and equipment.

Maybe one day I will hang up the finance hat and get a marketing job for a major auto manufacturer, but we’ll see where life takes me. 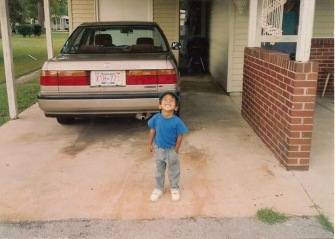 As a car guy, car ownership has been a staple of my existence. Like most Americans, the type of car I drive has often felt like an extension of my personality, and I judge others based on the cars they drive.

That kind of thinking is what cost me thousands of dollars, and here’s what happened…

My story begins with one specific car… 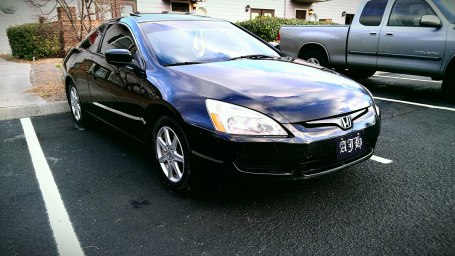 While I was a used car salesman, I bought this car using my employee discount. This car was fast and was fully loaded: leather, heated seats, sunroof, premium stereo, the works. It’s been the only fully loaded car I have ever owned, and it still stands as the most money that I have ever saved on a car purchase.

Here’s the facts. I looked up the numbers and knew that my employee discount made it a screaming deal. I was well aware that Honda’s are generally very reliable, and I knew this car only had 66,000 miles on it…so it was still a very young car, mechanically speaking. 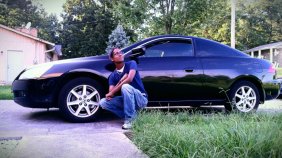 I sealed the deal as quick as possible.

However, that meant that I didn’t do my research. Had I searched online, I would have uncovered that Honda had a manufacturing error on V6 transmissions between 1999-2004 which caused them to fail prematurely. My Honda was a 2003, so I effectively bought a car that had a transmission time-bomb in it. Like a psychic prediction, around 80,000 miles my transmission went out. I paid $3,400 of my own cash to have it fixed.

Although my car was on the road and driving great again, I was extremely worried that the transmission was replaced with another faulty transmission that would die a painful death in the future.

So… I started <JUSTIFYING why I needed a different car.

Enter the 2014 Honda Accord Sport 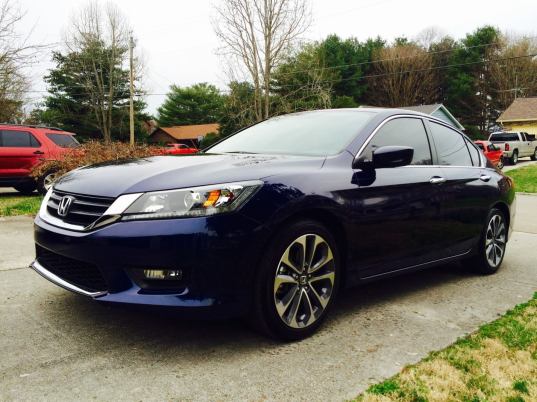 Here’s how I justified it.

Here’s what I ignored.

No need to get your calculator, because I did the math for you. I put myself $15,000 deeper into debt just so I didn’t have to possibly consider maybe having to possibly spend $3,000 on a car repair that may not even happen again.

Let me spell it out a different way… if I had kept the old Accord, it would have been paid off almost two years ago. If I make the required minimum payments on my car right now, it’ll be paid off in late 2020. I cost myself five years of car-payment-free living.

Sure. My car is eleven years newer, is safer, has a few nice features that weren’t available a decade ago, and could be expected to serve me well for many years to come…but how many people do you know that keep a car for more than a couple of years?

Don’t get me wrong. I love my car. It’s beautiful to look at, it is efficient, and it has a ton of nice features like a back-up camera, bluetooth, streaming music, and some other nice touches. As of this week, my car has 46,000 miles on it, and it’s still under manufacturer’s warranty. It’s a great car that I plan to keep it until it’s beyond 200,000 miles.

But, I have also seriously considered trading it in twice.

Here’s some of the reasons I have tried to justify trading it in.

Cut to the chase… I wanted another car because mine didn’t make me as happy anymore, so obviously a different car would fulfill my every desire. That’s basically the exact feeling I had about my old car when I started car shopping for my current one, too.

Instead of being debt free, I write a blog about how I am working to become debt free.

…and when I owned the old car, I still talked about eventually being debt free.

Doesn’t that speak volumes about the mistakes we make with our money? Have you ever done this? 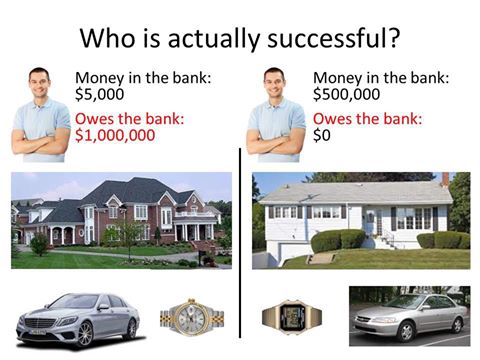 Justifying a decision doesn’t make it a smart decision.

Think about your car, house, cell phone, or anything else you spent you’re hard-earned money on.

We can’t escape marketing. The average American sees, on average, over 5,000 advertisements per day. Here’s the secret about advertising… if somebody has to tell us why we need it, we don’t need it.

Food. Water. Shelter. You don’t see advertisements for those things, because we understand that we need it.

Dining out. Filtered spring water. HGTV style homes. You see advertisements for these things, because a company is trying to convince us that we should buy it.
The hardest part about getting ahead financially is ignoring all the outside influences.
You’ll see people buy nice stuff, watch friends blow through cash, and have family members try to talk you into getting bigger/nicer houses.

If we just had one more thing, we’d finally be happy.

If you want to enjoy your money, do it. Just make sure that you’re enjoying your money and not your ability to be approved for debt.

Our paycheck or ability to earn a paycheck can stop at any moment, but our bills won’t.

Even when we have the best intentions and valid reasoning, we may be lying to ourselves. So, here’s the math. If I had kept my old car AND had to eventually replace the transmission, this is what I would pay for the repair:

Instead, I did this…

I am paying $95 more per month, $1,140 more in the first year, and $18,000 over the life of the loan without factoring in any future repairs that my new car will eventually need. These figures also assume that the transmission died a second time, because it’s likely that it probably wouldn’t have.

If I did the math, I may not have made the decision to upgrade because no matter how many ways I tried to justify it to myself, it just doesn’t make mathematical sense.

Majority of Americans make the same decision to stay in debt or stay within a perpetual payment cycle for decades for a plethora of reasons. Maybe their car is almost paid off and they could get something newer. Perhaps they’re tired of repair costs. Maybe they’re bored with their ride. Who knows.

You don’t have to be like them, or me. Even if you’re making car payments right now, you have the ability to end the cycle by remembering one single thing…

Avoid the mentality of buying your way into happiness.

If there’s a landmark, ground sweeping, always-right nugget of wisdom I can ever offer you, this is it. No amount of money in the world will ever buy our way into finally being happy.

So, take it from me…

Do the math and don’t repeat my mistakes.

If you like what you read, tell a friend about this blog and follow me on social media!